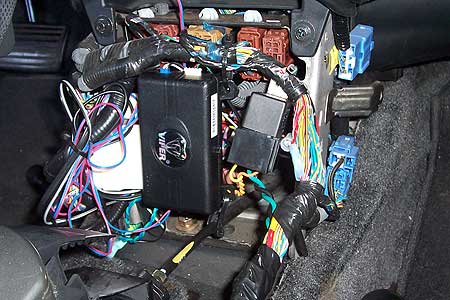 When installing an aftermarket car alarm, you need a vehicle wiring guide. After all, it helps when you know what you are doing. This comprehensive Honda Civic car alarm wiring guide shows you what goes where, no matter what year you own.

Rather than wasting time hunting down wires, you can get your DIY job done. Quickly identify things like the ignition switch, car lock or related car alarm wires in your Honda with this Civic car alarm wiring schematic.

Whether you are an experienced car alarm installer, professional or shadetree mechanic, this guide saves time. With the right car alarm guide, the job of installing a car alarm is much easier.

Car theft isn’t quite as common as it was in the 90s, but for some cars it’s never out of style. Easily one of the most stolen cars of all time, the Honda Civic is popular for a variety of reasons. From the ease of engine swaps, to the extensive collection of aftermarket parts, car thieves have targeted the Honda Civic for generations. This wiring guide to your Civic alarm will also include all generations of Civic, VTEC or not. If you need additional help stopping Civic car thieves, you can refer to our fuel pump kill switch guide.

Often a forgotten generation of Civic, the 4th gen is still a classic. Before taking on the iconic lines of the EG chassis, the 1988-1991 Civic is best known for being confused with other models of Honda in the same year ranges.

These Civics are also known as the EF or EC chassis. The EE chassis is still one of the most popular body styles in this year range. It’s highly sought after for it’s B16 engine and for engine swap purposes. Constant 12V+ Wire: White – This wire is located in the steering column. You can also tap into this wire from the Civic ignition switch should you desire.

Starter Wire (+): Black/White – Located next to the constant 12v wire from the ignition column. There are also Civic ignition harnesses that can save you from spicing wires.

Ignition Wire (+): Black/Yellow – One of the easiest and fastest ways to stop car thieves. Unfortunately most clever criminals will simply jump your starter to get your car on the road.

Switched Power / Accessory Wire: Blue/White – This is the last wire you will need in our Civic car alarm wiring schematic to complete the alarm install portion. If you are installing a Civic alarm into this generation of Honda, you’ll need servos to unlock your doors automatically.

If your Civic car alarm includes exterior lights, you can use this Civic car alarm wiring for that purpose as well. There are several points to wire up your Honda Civic alarm. From the Civic fuse panel, you can tap into the following Honda lights. Known as the EG chassis, the 1992 to 1995 Honda is also known as the EH or EJ. This Civic is one of that most think of when the words modified Honda Civic come to mind. For this simple reason, using our Civic car alarm wiring guide can really come in handy.

Because of it’s popularity, this generation Civic has many alarm schematics available online. Installing an alarm can be simple in this year range Honda. Because this Civic has floor kick panels, mounting or hiding alarm components is easy.

There are several wires that lead from the Civic ignition switch. This DIY alarm install can be easily done from the harness under the dash. When installing a Honda Civic alarm, these are the wires in question you will want to tap.

Door locks in this generation of Civic is a piece of cake. Because the Anti-Theft Module is located under the seat of the driver, Honda car alarm installs can be completed easily. However if your real goal is to stop car thieves, might I suggest being a tad more clever in where you tap these wires.

If you are wiring up a replacement Civic car alarm, you’ll need to bypass the factory alarm as well. If the generation of Civic before this is iconic, the EK / EJ / EM chassis is the gold standard. Easily one of the more modified sport compact vehicles of all time, this Honda still looks great. Use our Civic car alarm wiring guide to help keep your Honda in your driveway.

When installing a Honda car alarm, there are a cluster of wires under the dash from which you must tap. These are coming from the ignition switch, and can be accessed under your dash panel.

For any motion or parking light wires need in your Civic alarm install, these can be found in the driver side kick panel. These panels are easily removed by hand. Use care to prevent the panel from being damaged, or losing the metal clips that hold them in place.

This generation Civic also unfortunately introduces the beginnings of advanced anti-theft measures. While these are not a bad thing, they can complicate your Civic car alarm install. The transponder for your Honda anti-theft system requires a bypass module. This module usually plugs into the lower part of your dash.

When installing a Civic car alarm, this generation can definitely complicate matters. Because of the laser cut key and the built in Honda immobilizer system, extreme care must be taken when installing a car alarm. Like previous generations of Honda, there is a similar group of wires from the ignition switch to tap.

Although you can always bypass our Honda Civic alarm wiring guide and go straight to the body control module, it might not be recommended. Instead tapping directly into the gray plug that’s located under your Civic driver kick panel is recommended.

If you are after the door lock wire in our Civic car alarm wiring guide, it’s the white/blue wire. The door unlock wire is white/green, but the door trigger can be much more complicated in this Civic.

The front driver door has a green trigger wire. This is different than the passenger or rear doors for this year range Honda. The passenger side door is light green/red and green/white is the wire for the rear doors.

To wire up the horn to your Honda car alarm, use the orange wire. This wire is in the horn switch of your Civic. Check your steering column to find the Honda horn switch in your vehicle.

Although the advent of Honda immobilizer has decreased car theft in the later years of Civic, car alarms are still very popular. When using our Civic car alarm wiring schematic, you’ll need a very similar section of wires to focus on.

These wires come off the ignition switch harness. Like the previous generations of Civic, these wires are the centerpiece of any car alarm install. When you are going to install your Civic car alarm, make sure to reference the following wires.

There are several car alarm harnesses that can simply this Civic DIY job. When you want to easily tap the door controls, this is the way to go. Glutton for punishment? Want to tap into the door locks directly? Use our section of the Civic car alarm wiring to get the job done.

To locate these wires, access the fuse panel under the Civic dash. This box is to the left of the door, and can be easily opened. Unfortunately the door negative trigger wires are located in each Honda door. You will need to isolate each trigger for each door. Orange is the wire color for the Honda Civic horn.

You will also need to consider the Factory Anti-Theft System. This unit is also known as the Vehicle Key Immobilizer. This unit is controlled by the Honda BCM Module

The My Pro Street community is comprised of likeminded enthusiasts and racers like you, who want to give back to the community by posting and sharing articles.

Want to join the team? Have your articles or blog be a part of the My Pro Street community? Learn more about writing for Pro Street here. 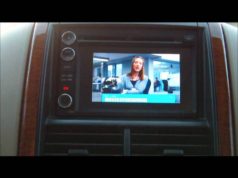 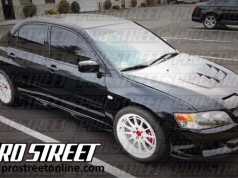 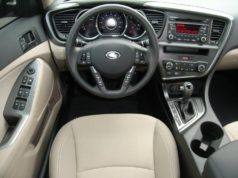 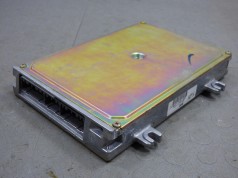 How to Identify a Bad ECU 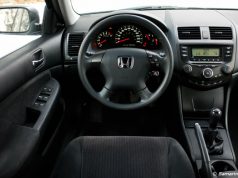 How To Honda Accord Car Alarm Wiring Diagram 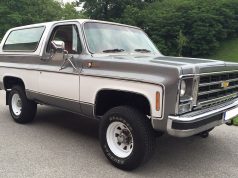